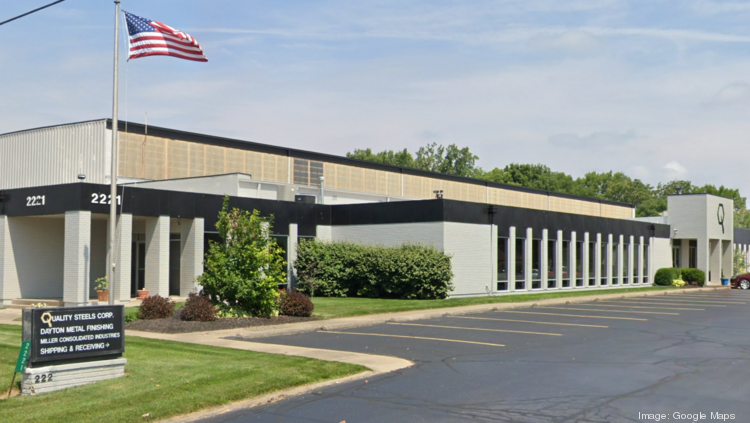 A family-owned company in Moraine that provides specialty tooling and metallurgical services has been sold to an out-of-state buyer in a transaction that closed earlier this month.

MCI is comprised of four entities:

“It’s tough to find companies that do multiple things well, and (MCI) does that,” Vanderpohl told me. “They’ve got heat treating, steel sales, testing capability for metals and black oxide … We think there’s quite a bit untapped of potential to drive synergies between those organizations.”

MCI is now a wholly-owned subsidiary of Wilse, with Vandelpohl and his wife operating as the primary owners. Tom Miller, president and chief operating officer of MCI since 2005, plans to retire.

Branding for the company’s existing divisions will be retained, though the MCI name will likely be phased out in the longer term.

Hiring is the next step for Vanderpohl, who said he plans to onboard 20 new MCI employees in Moraine within the next two years. Currently, the company has about 44 local workers.

“They used to have 150 people working there, so we think there’s a lot of potential for growth within those existing facilities,” he said. “If we get to the point where we need to expand out of that, we’ll certainly look at other facilities in the Dayton area.”

Vanderpohl said he plans to fill positions “across the board,” including production jobs, sales, accounting, management and other back-office operations. The long-term goal, he said, is to eventually return the company to its peak workforce.

“I’d love to get back up to 150 people — it’s just going to take a little bit of time to do that,” Vanderpohl said. “As we grow, we’re going to need to duplicate just about every position there.”

Vanderpohl also credited Bob Hochwalt and Aaron Delidow, partners at Provest Inc., for their assistance in facilitating the acquisition.

“Those guys were awesome during this transaction, and I don’t think it would have happened without them,” he said.

Founded in 1969, Miller Consolidated Industries is a family-owned business that provides commercial heating, treating, processing and related metallurgical services for a variety of industries. The company employs about 44 people in Moraine and is headquartered near the I-75/Dryden Road interchange.

Hello all! May is quickly approaching and we all know what that means....National police week 👮🏻‍♀️🚔🇺🇸 May 9th-15th!! I love to honor our men and women in blue and show them how much they are appreciated and how much we appreciate what they do on a daily basis. I would like to reach out and ask anyone who wants to help me show their support for our officers and dispatchers, I will be collecting goodies to deliver to Moraine PD that week. I will be buying and collecting...bottled water, gatorades, juices, pop, cookies, chips, trail mix, granola bars, crackers, gum, donuts 😉😂 etc. Anything that is sealed and easy to grab on the go. This will be my 1st year doing this for our officers and dispatchers but won't be the last! So please reach out to me on here, FB messenger or text if you would like to help. I will be more than happy to meet you or come pick up whatever you would like to donate. Thank you so much for your continued support of our heroes! 👮🏼‍♂️🚔💙 ... See MoreSee Less
View on Facebook
· Share

Its garage sale time! The City of Moraine is hosting its annual garage sale weekend, April 30-May 2. Come to Moraine and check out all the bargains! For more information call 535-1060. ... See MoreSee Less

Clue Parks & Recreation Edition has hit Wax Park. Check the path, playground and more for clues along the way. For more information on how to play, for a Clue Card, and to make an accusation go to ci.moraine.oh.us/clue-parks-recreation-edition/ ... See MoreSee Less

Don't miss our Open Interviews on April 10 at the PRC for our summer jobs ... See MoreSee Less

ROAD CONSTRUCTION: The Ohio Department of Transportation (ODOT) has scheduled the ramp closure from U.S. Route 35 eastbound to Interstate 75 southbound on Sunday, April 11 at 7:00 p.m. through Tuesday, August 31 at 7:00 a.m. The contractor will be replacing the ramp bridge over Albany Street. This work is tentative depending on the weather.The official detour is U.S. 35 eastbound to I-75 northbound, stay in the ramp lane and take Second Street (Exit 53). Turn left at the bottom of the ramp and turn left again to enter I-75 southbound. ... See MoreSee Less
View on Facebook
· Share

The Fire Division will be performing the semi-annual test of the City’s hydrants in April. The hydrants are checked twice a year to ensure they are working properly. During these tests, the water may turn brown. Residents should avoid doing laundry and drinking water from the tap until the discoloration clears. ... See MoreSee Less

Pickleball is on Wednesday nights at the PRC, sign up now to reserve your spot. ... See MoreSee Less

In honor of Arbor Day, youth are encouraged to participate in the 12th Annual Arbor Day Coloring Contest. Contest forms are located at the PRC or on the City of Moraine’s Website. Once completed, please return your coloring contest entry to the PRC by April 24. ... See MoreSee Less

Waste Collection Services on will still happen this week on Friday April 2, 2021. The Good Friday holiday will not push it back to a Saturday collection. ... See MoreSee Less
View on Facebook
· Share

Looking for a way to earn cash this summer, stop by our Open Interviews April 7 or April 10 ... See MoreSee Less