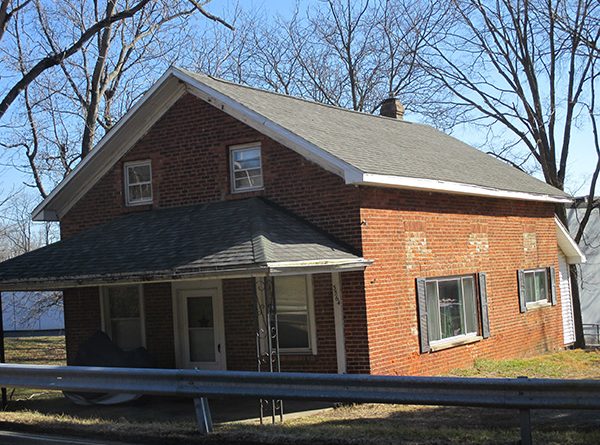 A new Moraine Historical Marker was erected in 2021 designating Moraine’s First Schoolhouse. The schoolhouse, located at 3562 Vance Road, is now a private residence but has quite a history.

In 1883, county authorities established District 12.  The first school was held in farmer Felix Yeasal’s living room, located about 200 yards west of the intersection of Vance and Sellars Roads.  The first teacher was Miss Anna Christman who went on to a 40 year teaching career.

In 1885, a brick building was erected on land the township board of education bought from Isaac Lesher and was located on the corner of Vance and Pinnacle Roads at the foot of Pinnacle Hill.  This was Moraine’s First Schoolhouse.  Albert Patterson was the first teacher and had a special helper, a bearded man called the “hermit” who kept a cabin near the school and visited it frequently.  He assisted the teacher and students by starting a fire in the stove each morning during cold weather.  In 1890, attendance at District No. 12 school was 14 pupils and in 1891 only six children attended.

Children at the school were treated to quite a surprise in August 1914.  A story told years ago by former Moraine Mayor Carl Gerhardt, he remembers when his teacher Mrs. Prass heard that the Wright Brothers were testing their new hydro-aeroplane (seaplane) on the nearby Miami River in Moraine.  Mrs. Prass dismissed the class so that all of the students could go down to the river and watch.  Mayor Gerhardt commented on how thrilled the students were to see this rare accomplishment of Orville Wright taking off and landing in the river.

In 1924 the smaller school districts throughout the county were consolidated. Many one and two room schoolhouses were closed and combined into larger modern facilities.  District No. 12 was dissolved and consolidated into West Carrollton Exempted Village School District.  The schoolhouse is now a private residence so the public is asked to respect the privacy of the owners.

Special thanks to Forgotten Breed MC for helping with the Christmas Smiles pickups this year ... See MoreSee Less

They are the best,hope all of them have a great Christmas-thank you all guys and gals of the Forgotten Breed!!!

Thank you…thank you… thank you!!!!

The city of moraine is blessed to have such an awesome MC that does great things in this area... Great bunch of people with big hearts 💕