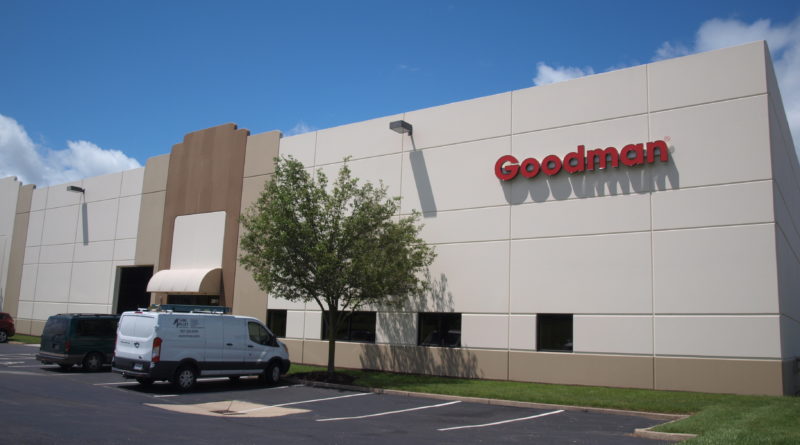 An industrial corridor in one of Dayton’s largest suburbs appears poised for an influx of commercial activity, due largely to the city’s efforts to attract new businesses and prospective developers to the area.

The city of Moraine is looking to sell nearly 51 acres of vacant land at the Moraine Commerce Park. The property at 2477 Soldiers Home Road, located in the northwestern part of the city, is bounded by a mixture of manufacturing and healthcare businesses.

“The zoning allows for a plethora of uses from industrial to office environments, which is what we currently have at the site,” said Michael Davis, Moraine city manager.

It is also located in an enterprise zone, which would enable future property developers to receive tax exemptions on eligible new investments.

Moraine has owned the land since 2006 when the city acquired the deed from Miller-Valentine Group. Records indicate the property was listed for nearly $2.3 million in 2011 but did not change hands.

Activity near the industrial park picked up in late 2015 when DMAX Ltd., a 60/40 joint venture between General Motors Co. (NYSE:GM) and Isuzu Motors Ltd., agreed to lease a 200,000-square-foot warehouse that was formerly occupied by Bon-Ton Holdings Inc., parent company of the former Elder-Beerman department store chain.

Immediately south of the park, activity is also beginning to pick up. Goodman Distribution Inc., a subsidiary of Japan-based Daikin Industries Ltd. that manufactures HVAC units and appliances for residential and commercial sectors, opened its first Dayton-area facility this spring at a more than 140,000-square-foot industrial warehouse on Gettysburg Avenue.

The company employs 15 local workers and occupies 42,000 square feet of leased space at the site, which is jointly owned by Culmen Real Estate Services and Dayton-based management support services provider Supplier Inspection Services, a co-tenant at the facility.

That building still has about 30,000 square feet of space available for lease and is being brokered by Gerry Smith of Apex Commercial Group, Davis said.

The City of Moraine is hosting their first ever Movie Night at Wax Park!

This event is free admission, and they’ll be showing Raya and the Last Dragon.

Load your car up with all of your favorite movie snacks, your comfiest blankets, and your friends and family, and join us for this awesome outdoor event! ... See MoreSee Less

Hey The City of Moraine you could have given us a heads up that you were gonna turn our water off.. some of us have newborn babies!!!!! 🤬🤬🤬🤬 ... See MoreSee Less

Alisa Camden sorry to hear about your situation; however the City of Moraine does not provide water services....please contact Jefferson Twp Regional Water 937-866-0002 or Montgomery County Water 937-751-2500

The City of Moraine is HIRING!

“We are hiring in several departments: Administration, Finance, Fire, Parks and Streets.”Follow the link see what opportunities are available ci.moraine.oh.us/employment/ ... See MoreSee Less

It's almost that time of year again, back to school time! We will be offering free bags of school supplies for Preschool, Youths & Teens to pick up on August 9. Register online beginning July 26 at hostedpr.tylertech.com/parksrec_moraineoh_live/Home These bags will include some of the main school supplies your child will need for their upcoming school year. The supplies provided are subject to change and are only available while supplies last. ... See MoreSee Less

The Jim McGuire Hook Kids on Fishing event is this weekend from 12p to 2p at Deer Meadow Park ... See MoreSee Less

The city needs too restock that pond, they haven't stocked that pond in 15 years.

Rec and Go is cancelled today due to weather ... See MoreSee Less