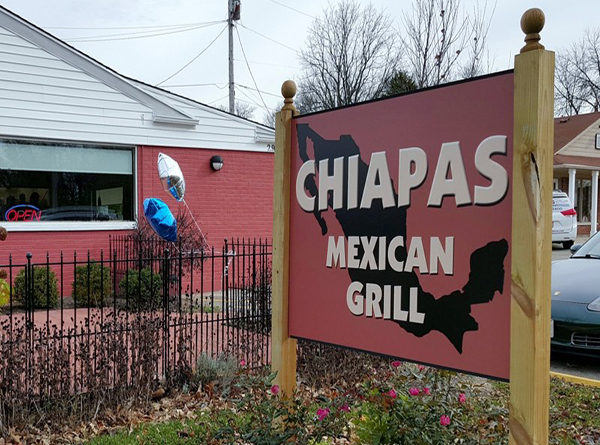 The popular and independently owned Chiapas Mexican Grill restaurant on North Main Street (Ohio 48) in Centerville is gearing up to open a significantly larger  second location in what was once a bustling craft-beer bar.

The “Coming Soon/Now Hiring” banner is already up in the window of the former Chappys Tap Room and Grille at 2733 West Alex-Bell Road near Springboro Pike (Ohio 741) in Moraine. That craft beer bar and restaurant opened in 2007 and helped lay the groundwork for the Dayton area’s thriving craft-beer scene.

The “original Chappys” closed its doors in July 2018 after its lease expired and its owners decided to consolidate operations to a second location, Chappy’s Social House, at 7880 Washington Village Drive in Washington Twp., which remains open.

The Moraine space has been vacant for the last 15 months.

The existing Chiapas restaurant in Centerville, which opened in 2015, is relatively small, seating about 48 inside and another 16 on a patio. Plans call for the new restaurant to open perhaps as soon as mid-November, the Chiapas employee said.

The restaurant has a broad menu that specializes on the cuisine of southern Mexico, where the Mexican state of Chiapas is located. Offerings include the Mole del Sur, a grilled chicken breast topped with mole sauce. Meat choices for soft tacos include chorizo, carnitas, seasoned grilled chopped steak, marinated pork, cow tongue, and grilled chicken. Soups, fajitas, enchiladas and tortas are also available.

The coming-soon Moraine restaurant is now hiring. Those interested in applying can call (937) 750-5623.