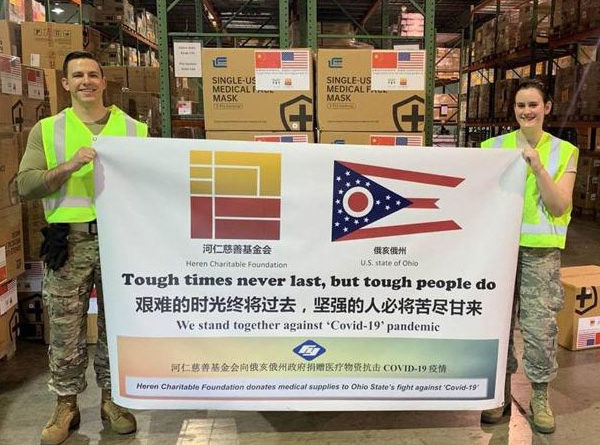 Heren Foundation is an independent charity established by Fuyao Group chairman Cho Tak Wong and his family in 2010.

In a release, Fuyao said the foundation “worked hard over the past month to source and purchase personal protective equipment (PPE) in China.”

The supplies include 30,000 eye-protection goggles and one million disposable medical masks. The company said they were delivered to Ohio government Friday.

“Fuyao and Ohio are one family. We are greatly appreciative of the strong support the Ohio government and the local communities have provided to FGA,” Cho said in the release.

Fuyao Group, a Chinese producer of automotive safety glass, has invested more than $900 million into its Moraine and Illinois glass plants since 2014. Fuyao employs more than 3,000 people in five states, including more than 2,200 in Moraine.