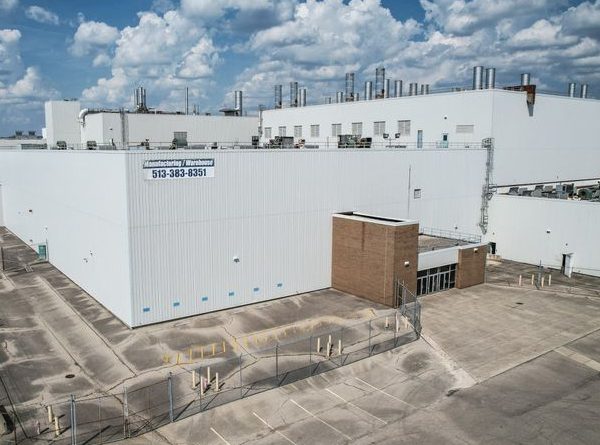 “This is an example of how the greater community works together to help our existing businesses,” said Erik Collins, Montgomery County development director.

Fuyao plans to build a 600,000-square-foot facility in a project county and Moraine leaders hope will create 500 jobs.

The construction value of the project at 800 Fuyao Ave. is put at $46 million.

The trio of county commissioners will have the final say on the recommendations. They next meet on Dec. 6.

Moraine’s application for ED/GE funds was initially introduced on behalf of an anonymous company, under the code-name “Project Sky.” But in recent days, Moraine City Manager Mike Davis acknowledged to city officials that Fuyao is the company behind Project Sky.

“I think that’s wonderful news. It (ED/GE) was definitely a significant part of the overall incentives package,” Davis said Wednesday, reacting to the committee’s recommendation.

Next week, he hopes Moraine City Council will pass legislation for a “Community Reinvestment Area” incentive, after the Kettering Board of Education approved its part of that. The CRA would be a tax abatement on Fuyao’s new investment, so the company’s existing taxes stay level.

Under city regulations, the Fuyao project is eligible for a 12-year, 100% abatement on improvements to its property.

And he expects the city to craft a “forgiveness loan” for Fuyao, as well.

“This is a true example, a reflection almost of what we did back in 2013,” Davis said, noting that it was an ED/GE grant back in late 2013 that helped pave the way for Fuyao to take over a former General Motors assembly plant.

Fuyao operates off Stroop Road and Springboro Pike in a plant GM shuttered in late 2008. The company, which is based in China, launched operations there well before its official opening in October 2016. Today, about 2,000 people work there.

The committee Wednesday also recommended $500,000 for road work in Union for a new Dayton Freight terminal, $162,000 for wall paneling company Trusscore in Vandalia, $62,400 to Millat Industries in Huber Heights and $120,000 to help move electric wire harness producer ElectriPack Inc. from Miamisburg to Moraine.

Municipalities apply for ED/GE funds on behalf of companies moving to or expanding in Montgomery County. There are typically two funding deadlines for a pair of funding rounds each year, in November and April.

The committee has just under $2.1 million to work with in this funding round.

The priority for ED/GE grants is aiding the creation of new jobs and protecting existing jobs, Collins said.