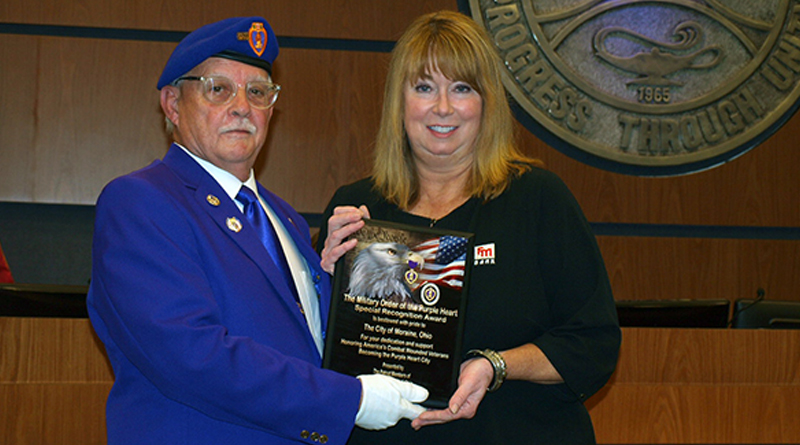 The Purple Heart Medal is the oldest military honor, established in August 1782 by George Washington as the commander-in-chief of the Continental Army. The medal is awarded in the name of the President to those wounded or killed while serving with the United States Armed Forces. An estimated 1.7 million veterans since World War I have received the honor.

To be declared a Purple Heart City involves the mayor and/or City Council delivering an official proclamation, which is then presented to the local chapter of the Military Order of the Purple Heart.

“Thousands of veterans citywide have served our country and sacrificed so much on our behalf, and today’s declaration is in their honor,” said Mayor Elaine Allison. “I also want to commend the men and woman of The Military Order of the Purple Heart for their local charitable work and mission protecting all those who’ve received the commendation.”

Moraine will post roadside Purple Heart City signs near the entrances of the City. Additionally, the City will designate a Wounded Warrior parking spot at our Municipal Building, Rec Center and Civic Center.