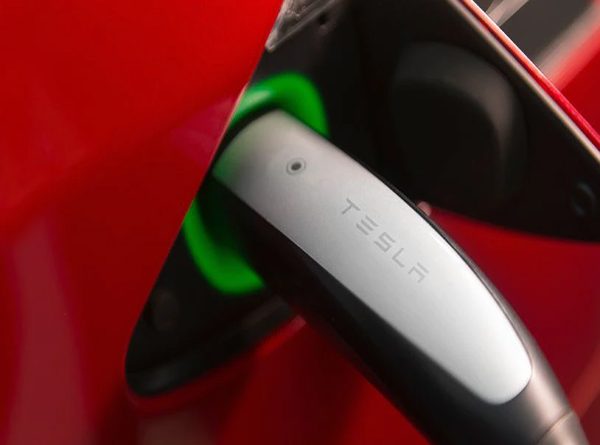 Tesla plans to open a new service center in Moraine, the fifth Ohio location for the company and its first in the Dayton area, according to the city.

A remodeling effort is transforming the former Staples store at 1927 W. Dorothy Lane into the new service center, according to Moraine City Manager Michael Davis.

Moraine is “enthusiastic” about being the first community in the overall greater Dayton market to welcome a Tesla Service Center to the region, he said.

“Moraine is centrally located, has a strong history of being business friendly and embraces the technology advances that this brings to our community and region,” he said. “With the current construction of the new West Carrollton Schools building and the WinSupply Richard Schwartz Innovation Center, along with a new Chipotle, we continue to see robust investment in the northeastern quadrant of the city and we look forward to welcoming Tesla as part of said investment.”

The building was purchased by KDP Dayton LLC for a little more than $1.2 million on Sept. 23, 2021, according to Montgomery County Auditor’s Office records.

Davis confirmed the new location will have bays, in which technicians will work on vehicles and that charging stations will be installed in the center’s parking lot.

Construction permit investment value will be more than $800,000, Davis said. No specifics are available regarding the center’s opening data, he said.

Tesla has service centers in Ohio in the Cincinnati, Cleveland, Columbus and Toledo areas.

The Dayton Daily New has reached out to the company for more information on the Moraine location.

The purchase of the building in September was followed by the purchase of more than three acres of nearby commercial land at 1925 W. Dorothy and a retail structure at 1689 W. Dorothy for $3.45 million, this news outlet previously reported.