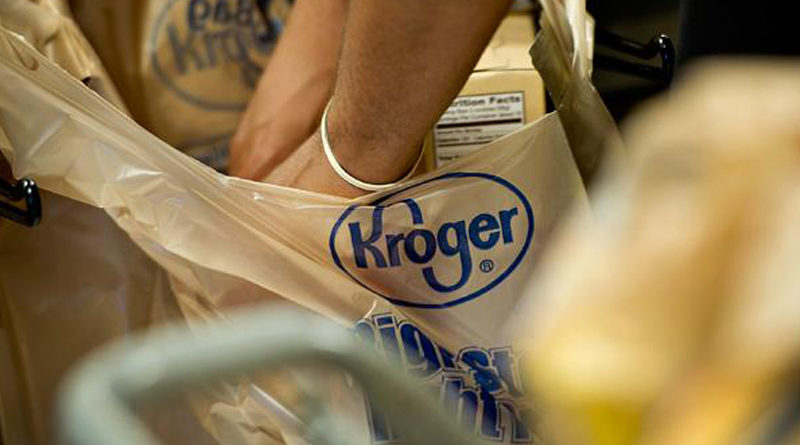 The new store in the Alex Bell Plaza off Ohio 741 in Moraine opens at 7 a.m. and closes at 1 a.m. daily, according to the Cincinnati-based company.

The new site replaces a 57,000-square-foot location in the same shopping center, effectively doubling that store’s size. A grand opening will be held later after the original building is demolished, officials said.

The company will have about 122,000 square feet, including both floor and “back-of-house” space, as part of an estimated $4 million investment, according to the company.

After demolition, the new store will eventually have about 530 parking spaces and a fueling center, officials have said.

Hello all! May is quickly approaching and we all know what that means....National police week 👮🏻‍♀️🚔🇺🇸 May 9th-15th!! I love to honor our men and women in blue and show them how much they are appreciated and how much we appreciate what they do on a daily basis. I would like to reach out and ask anyone who wants to help me show their support for our officers and dispatchers, I will be collecting goodies to deliver to Moraine PD that week. I will be buying and collecting...bottled water, gatorades, juices, pop, cookies, chips, trail mix, granola bars, crackers, gum, donuts 😉😂 etc. Anything that is sealed and easy to grab on the go. This will be my 1st year doing this for our officers and dispatchers but won't be the last! So please reach out to me on here, FB messenger or text if you would like to help. I will be more than happy to meet you or come pick up whatever you would like to donate. Thank you so much for your continued support of our heroes! 👮🏼‍♂️🚔💙 ... See MoreSee Less
View on Facebook
· Share

Its garage sale time! The City of Moraine is hosting its annual garage sale weekend, April 30-May 2. Come to Moraine and check out all the bargains! For more information call 535-1060. ... See MoreSee Less

Clue Parks & Recreation Edition has hit Wax Park. Check the path, playground and more for clues along the way. For more information on how to play, for a Clue Card, and to make an accusation go to ci.moraine.oh.us/clue-parks-recreation-edition/ ... See MoreSee Less

Don't miss our Open Interviews on April 10 at the PRC for our summer jobs ... See MoreSee Less

ROAD CONSTRUCTION: The Ohio Department of Transportation (ODOT) has scheduled the ramp closure from U.S. Route 35 eastbound to Interstate 75 southbound on Sunday, April 11 at 7:00 p.m. through Tuesday, August 31 at 7:00 a.m. The contractor will be replacing the ramp bridge over Albany Street. This work is tentative depending on the weather.The official detour is U.S. 35 eastbound to I-75 northbound, stay in the ramp lane and take Second Street (Exit 53). Turn left at the bottom of the ramp and turn left again to enter I-75 southbound. ... See MoreSee Less
View on Facebook
· Share

The Fire Division will be performing the semi-annual test of the City’s hydrants in April. The hydrants are checked twice a year to ensure they are working properly. During these tests, the water may turn brown. Residents should avoid doing laundry and drinking water from the tap until the discoloration clears. ... See MoreSee Less

Pickleball is on Wednesday nights at the PRC, sign up now to reserve your spot. ... See MoreSee Less

In honor of Arbor Day, youth are encouraged to participate in the 12th Annual Arbor Day Coloring Contest. Contest forms are located at the PRC or on the City of Moraine’s Website. Once completed, please return your coloring contest entry to the PRC by April 24. ... See MoreSee Less

Waste Collection Services on will still happen this week on Friday April 2, 2021. The Good Friday holiday will not push it back to a Saturday collection. ... See MoreSee Less
View on Facebook
· Share

Looking for a way to earn cash this summer, stop by our Open Interviews April 7 or April 10 ... See MoreSee Less