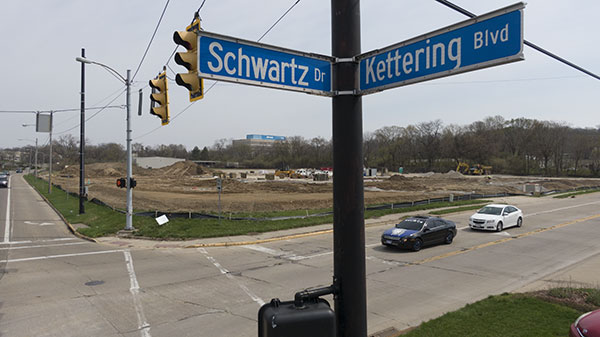 On March 26th, Moraine City Council approved changing the name of Big Hill Road to Schwartz Drive. The new signage was installed at the beginning of April.

“The name change was a simple way we could show our appreciation of Winsupply’s continued investment in the City of Moraine over the last four decades” said City Manager Michael Davis.

The road was renamed after former Winsupply CEO and current Chairman of the Board Richard Schwartz. Rick is an ambassador to region and even more a champion for Moraine. His innovative leadership has helped grow Winsupply from 40 distribution locations to now 600 in the United States.

In September 2020, Winsupply broke ground for the Richard W. Schwartz Center for Innovation at the corner of Kettering Boulevard and Big Hill Road (now Schwartz Drive) which will serve as a training facility for Winsupply Support Services employees.

Winsupply, one of the Dayton area’s largest businesses, employers and fastest-growing companies, shares risk and equity with partner companies — 600 of them — in 45 states. It has 6,800 employees nationwide, including more than 400 throughout the Dayton area, including 275 at its Moraine campus.

Brittany Winkelman you ought to take David