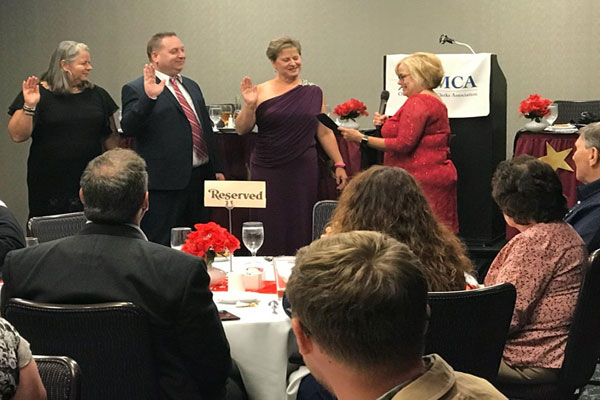 Congratulations to the City of Moraine’s Clerk of Council, Diane (Dee) Werbrich who was elected as Vice President of the Ohio Municipal Clerks Association (OMCA) on Wednesday, July 19, 2018. She will become President of the Association in July 2019. Ms. Werbrich has been part of the OMCA Executive Board since 2015 and receive her Certified Municipal Clerk designation in 2016. Ms. Werbrich was appointed Clerk of Council in 2014 and has been with the City since 2004 where she has served as the Deputy Clerk of Council and Secretary to the Fire Division. She is also the Moraine CERT team leader.

The OMCA has members from villages and cities throughout the State of Ohio and the Association’s Mission Statement is: The Ohio Municipal Clerks Association (OMCA) advances the municipal clerks profession through education, networking and member benefits, which establishes clerks as experts in their field and leaders in the communities they serve.