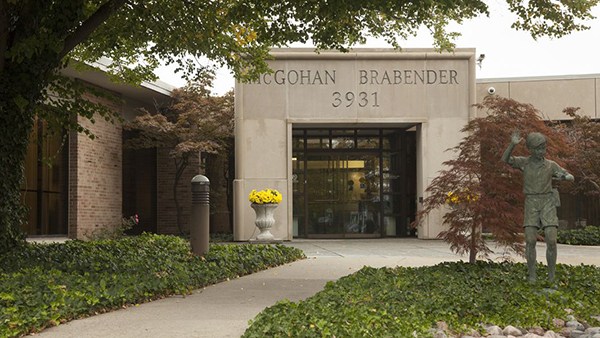 About 200 employees work for the Midwest brokerage and consulting firm and is now governed by what’s called an “employee stock ownership plan,” which has similarities to a profit-sharing plan.

“What an ESOP is probably at the highest level, is a wonderful retirement plan for employees of an organization, “ said CEO Scott McGohan. “As they retire and evolve out of the organization, they get equity in their organization and paid out over time.”

The model was almost unknown before 1974 and now about 6,460 companies have this model of ownership set up, according to the National Center for Employee Ownership.

McGohan Brabender was founded in 1972 by Pat McGohan, and the employee benefits brokerage now has grown to not just the Dayton-area, but also with branches in Cincinnati, Columbus, and Indianapolis.

Scott McGohan said that other companies like theirs have been acquired by larger firms or private equity and this employee-owned model was a way to stay local.

“We just always wanted to have a company that was anchored in each community,” he said.

The City of Moraine is hosting their first ever Movie Night at Wax Park!

This event is free admission, and they’ll be showing Raya and the Last Dragon.

Load your car up with all of your favorite movie snacks, your comfiest blankets, and your friends and family, and join us for this awesome outdoor event! ... See MoreSee Less

Hey The City of Moraine you could have given us a heads up that you were gonna turn our water off.. some of us have newborn babies!!!!! 🤬🤬🤬🤬 ... See MoreSee Less

Alisa Camden sorry to hear about your situation; however the City of Moraine does not provide water services....please contact Jefferson Twp Regional Water 937-866-0002 or Montgomery County Water 937-751-2500

The City of Moraine is HIRING!

“We are hiring in several departments: Administration, Finance, Fire, Parks and Streets.”Follow the link see what opportunities are available ci.moraine.oh.us/employment/ ... See MoreSee Less

It's almost that time of year again, back to school time! We will be offering free bags of school supplies for Preschool, Youths & Teens to pick up on August 9. Register online beginning July 26 at hostedpr.tylertech.com/parksrec_moraineoh_live/Home These bags will include some of the main school supplies your child will need for their upcoming school year. The supplies provided are subject to change and are only available while supplies last. ... See MoreSee Less

The Jim McGuire Hook Kids on Fishing event is this weekend from 12p to 2p at Deer Meadow Park ... See MoreSee Less

The city needs too restock that pond, they haven't stocked that pond in 15 years.

Rec and Go is cancelled today due to weather ... See MoreSee Less