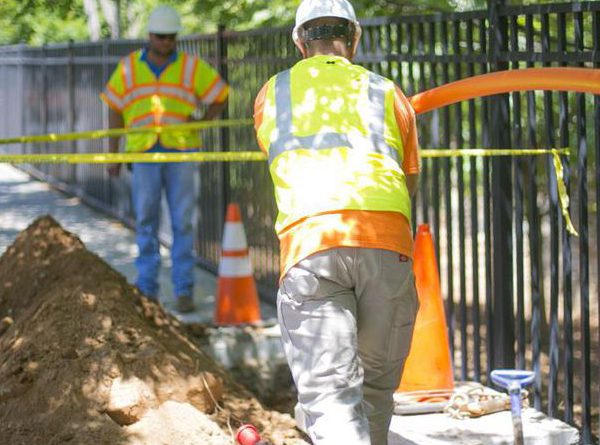 Wifi-to-home installation is expected to start this fall in Centerville and Kettering in a deal that also includes providing broadband service to Miamisburg, Moraine, Oakwood and West Carrollton.

The Miami Valley Communications Council’s agreement with Point Broadband to give six of its eight member cities more fiber-optic choices for residents and businesses will begin with Centerville and Kettering, MVCC Executive Director Jay Weiskircher said.

“They’re looking at probably the latter part of October or the first part of November,” he said.

The business will provide symmetrical internet speeds — the same download and upload speeds — up to 10 Gigabits, along with a suite of enhanced digital voice services, officials have said.

“It’s another provider. It’s more competition,” Weiskircher said. “It’s having additional choices for people when it comes to how fast they want their internet to be and what they pay for their internet.

The Georgia-based Point Broadband has a long-term, multimillion-dollar deal with the MVCC to expand its fiber broadband network to those six cities. The business has a separate deal with Springboro, also a council member.

The Springboro project “is being completed soon and we are ready to expand,” Point Broadband Chief Executive Officer Todd Holt said recently in an email to the Dayton Daily News.

For the MVCC project, Holt noted, “we really don’t want to set any specific expectations in this supply chain-challenged, inflationary environment we are all living in today.

“There are just too many variables and too much downside to provide dates and locations at this point,” he added.

Weiskircher said he spoke Wednesday with Point Broadband officials, who “told us the latter part of next year they hope to get started” in Miaimsburg, Moraine, Oakwood and West Carrollton.

“But I think there’s some flexibility in that as well,” he added.

There are no contractual issues involving a specific installation timeframe, Weiskircher said. But finishing work in all six cities is “supposed to take about 36 to 42 months once they begin the work,” he added.

Weiskircher has said the business is “picking up 100% of the tab” for what he said was a multimillion dollar, 15-year agreement with two five-year options.

Point Broadband’s network would be an internet option for all in the MVCC’s GATEway Public Fiber Network, a $3 million project resulting in a 44-mile ring, officials have said, but video components are not part of the deal.

Point Broadband’s rates have not been disclosed.

“The best connection is directly from the home,” Weiskircher said. And “people will still have the options they have right now.”

ARTventure is on Mondays at the PRC, sign your child up today. ... See MoreSee Less

When does it start and end?