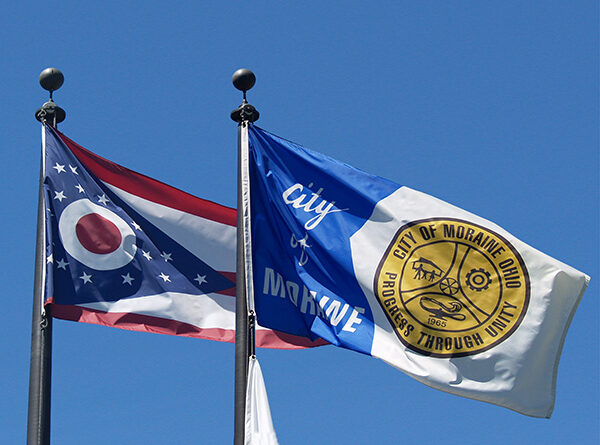 Attracting and retaining skilled talent isn’t a new challenge for businesses in the Miami Valley, but it is perhaps the biggest challenge companies are facing this year.

That’s why in 2021, Moraine is collaborating more closely than ever with regional and state partners, including Montgomery County, the Dayton Development Coalition and JobsOhio, to help fill the labor pool.

One of the city’s largest areas of involvement is with BusinessFirst! — a retention and expansion program with dozens of member jurisdictions and more than 100 resource partners. The program, which connects companies to resources from local, state and federal agencies, is designed to strengthen business attraction and support strategic infrastructure investments.

“It’s a great collective effort, and it has grown a lot,” Davis said, noting communities like Moraine have used the program to help businesses with financing, networking, facility improvements and other strategic investments.

It’s also a valuable workforce tool, Davis said. The BusinessFirst! program hosts a number of industry-specific hiring events, which companies like Fuyao Glass America and Ernst Metal Technologies have leveraged in the past to complement their recruitment efforts.

Fuyao, for instance, has more than 300 openings currently, including forklift operators and supervisors.

“The city and the county have been working with companies like Fuyao on a regular basis to find out what their pain points have been and how we can help them promote openings, job fairs and so forth,” said Erik Collins, community and economic development director for Montgomery County.

Elsewhere in Moraine, software development company Tyler Technologies Inc. is preparing to hire between 100 and 150 people to fill out the tech hub it expanded in 2019.

And DMAX Ltd., a joint venture between General Motors and Isuzu Diesel Services of America, anticipates needing approximately 25 more people at its Moraine facility. The company recently hired additional workers for the summer, and its next class of new hires is scheduled for July 12.

For companies with emergent hiring needs, Montgomery County has a bevy of workforce development programs available, Collins said. The county plans to hold a series of virtual job fairs starting June 23, and it also offers YCS365 — an eight-week program for youth that covers workers compensation for part-time summer work.

“The big thing is, we want to make sure that our existing businesses know that we’ll do what we can to help complement their efforts to hire people,” Collins said.

Though Moraine’s history is rooted in manufacturing, the city has done quite a bit to diversify its business base, Davis said. Other companies with hiring needs include logistics firms Mayberry’s, Yowell and R&J Trucking; as well as Fidelity Health Care, the home health division of Premier Health.

In addition to the city’s partnerships with regional resources, Davis said Moraine companies have bolstered their efforts to upskill. Many are willing to provide paid training to new employees, and that makes it far easier for the city to collaborate with businesses on workforce development initiatives. https://740c67a46be9169cc305168b65a0c4a2.safeframe.googlesyndication.com/safeframe/1-0-38/html/container.html

“Industries are really stepping up and saying, ‘We’ll take on all the training dollars and the risk involved. If you commit to us, we’ll definitely commit to you,'” he said. “So, even though there’s not a big candidate pool to pull from, I think there have been some positives that have come out of it.”