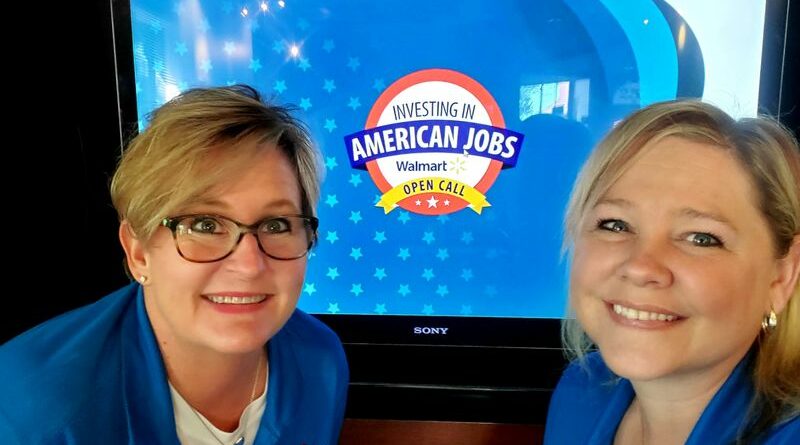 Based in Moraine, the woman-owned firm has been selling its disposable, eco-friendly thermometers through Target since 2019. At that point in time, the company was looking to connect with even more retailers, and co-founder Shelly Heller said she wanted Tempagenix to be part of a global solution.

So when Covid-19 rocked the international supply chain less than a year later, Tempagenix rose to the occasion.

From mid-March through the end of May, Tempagenix worked nonstop to produce millions of thermometers at a time when demand far outpaced supply. The company began selling its thermometers in bulk rolls — between 3,000 and 5,000 per roll — and expanded its portfolio to include mylar thermometers in addition to its flagship Temp-N-Toss brand.

“They shut all the ports down in China, and then they shut the ports down in California,” Heller said, recalling the outset of the pandemic in early 2020. “Nobody could get infrared thermometers with batteries in them. But we didn’t have batteries, and we were American made. That really made a difference.”

By May, Tempagenix had caught the attention of Kroger and CVS Pharmacy, both of whom made emergency buys. CVS ordered one case each for 4,600 stores, and Tempagenix products were in more than 1,700 Kroger locations by the end of the year, co-founder April Pollock said.

“We had people coming to our office and buying boxes of thermometers — companies all over Dayton and Ohio,” Heller said. “We were sending to colleges; we were sending to Boys and Girls clubs. A lot of small businesses heard about us and wanted to support another small business, so that was a great blessing.”

By the end of 2020, Tempagenix posted a record $5.3 million in revenue, Pollock said — a 1,600% jump from the prior year. Most of that revenue came between March and June, when the company was operating at max capacity.

“(CAVU Group) is truly remarkable,” Heller said. “Without them, we would have never been as successful as we were.”

The surge in demand also brought new opportunities for collaboration, she said. Tempagenix worked with local employment services agencies like Better Living, Eastco and Goodwill for its kitting needs; and it relied on Heller’s company, Allied Shipping & Packaging Supplies, for order fulfillment.

For Goodwill and Better Living, the partnership helped keep people working at a time when unemployment was sky high. And for Eastco, the influx of demand prompted the organization to hire about 50 more workers.

“Our core value is to lift up Dayton, and we used all the people we possibly could to get this done,” Heller said.

It also brought employment gains for CAVU Group and Tempagenix.

“For several months over the summer, we had to scale so quickly that we employed 53 college students who came to the facility and helped assemble,” Pollock said. “We also hired Jamie Hunt, who is our full-time operations manager.”

Tempagenix has scaled back production since the mid-2020 spike in business, Pollock said. But now, the company is taking advantage of the downtime to pursue new product development.

Currently, Tempagenix is working on three new temperature monitoring devices, and a selection of the company’s products will be featured in the August edition of a survivalist-themed monthly subscription box service as well.

“We’re really trying to lift up Ohio and Dayton by using what’s around us,” Heller said. “It’s just the best way to do things.”

Founded in 2016 by Shelly Heller and April Pollock, Tempagenix is a woman-owned, Moraine-based startup that produces disposable forehead thermometers for the retail market. Its eco-friendly thermometers detect body temperature through medical-grade adhesive and can read a temperature in about 15 seconds.

***ROAD CLOSED*** Blanchard Avenue will be closed between SR 741 and Kettering Blvd effective IMMEDIATELY until 3pm today due to a tree down. The street department will be closing a block of Blanchard to remove the tree. ... See MoreSee Less
View on Facebook
· Share

Our cats got out and we found poppy but can’t find Leroy ( whom is diabetic) and needs his shots and lots of water . He very timid outside but very friendly at the same time. Collar has address and number . Please pray for him to be found and returned before he goes in Diabetic shock or worse  is wearing a purple collar ... See MoreSee Less

The Parks and Recreation Department will bring fun and games to a park near you this summer as part of its mobile recreation program – Rec & Go! The goal of the Rec & Go program is to get kids and families out of the house by providing them with a wide variety of recreation activities. This free program will take place in Moraine and will be staffed by parks and recreation personnel who will lead organized activities for kids.Tuesdays at Ora Everetts Park 12-2pmThursdays at Cobblegate Square 12-2pm ... See MoreSee Less

The time for summer fun is officially here and we are ready to celebrate with our Summer Kickoff on June 12 at Deer Meadow Park. An afternoon of games and activities for all ages. If you ever needed an excuse to celebrate summer and soak in some sun, we've got you covered. ... See MoreSee Less

COVID-19 UPDATE/RE-OPENINGWe are reopening a variety of programs and activities to serve our community, from Preschool to Seniors, at both the Payne Recreation Center and the Gerhardt Civic Center. Beginning June 2, 2021 the Payne Recreation Center will operate at 100% capacity for rentals, fitness and childcare. Drop in passes will be reinstated for anyone who wishes to visit the PRC for the day. The current hours of operation are Monday-Friday 7-11a & 3-7 p and Saturdays 9a-1p. Beginning June 2, 2021, the Gerhardt Civic Center will operate at 100% capacity for rentals and programs. The current hours of operation are Monday-Friday 10a-4p and Saturdays 12-6 pm. The Game Room will be open for children with parental supervision. Additionally, our community events are coming back beginning with our Summer Kickoff on June 12 at Deer Meadow Park and our Star Spangled Boom on July 4th at Wax Park. This year we are excited to introduce a new low-profile firework show, with the best spot to view the display being at Wax Park. For more information on the Star Spangled Boom visit ci.moraine.oh.us ... See MoreSee Less
View on Facebook
· Share

***WATER WARNING*** Due to the fire at the former GM Paint Shop, water may appear brown or rusty for some residents and businesses. The water is safe, however, if you need Iron Out please contact the Fire Division at 937-535-1132. ... See MoreSee Less
View on Facebook
· Share

The City of Moraine would like to thank the men and women who have who have lost their lives in service to their country, this is what Memorial Day means to us. ... See MoreSee Less

Have you signed up for the Cardboard Boat Regatta at the Summer Kickoff? Make sure to register (register at ci.moraine.oh.us/cardboard-boat-regatta/ ) ... See MoreSee Less

Design and build a person-powered corrugated cardboard boat capable of racing a 50-yard course. Boat design is left to the
View on Facebook
· Share

Please contact the Police Division at 937-535-1166 if you have any tips on this missing person.***UPDATE***Brandy Morgan was found yesterday afternoon and returned to her family. Thank you to everyone who took to the time to share and pass along information. We would not have been able to resolve this case so quickly without your help. PRESS RELEASE - MISSING PERSON; On May 20, 2021, family members of Brandy K. Morgan reported her as a missing person from her residence in Moraine. Brandy was reportedly last heard from on May 2, 2021, and may have been in the Tipp City or Troy area at that time. It is unknown what Brandy was wearing or who she was with. She was not believed to have been driving a vehicle. Brandy is 5-01 and weighs 110 pounds. Brandy has three young children, who all miss and need their mother. If anyone has been in contact with Brandy or knows of her whereabouts, please call the Moraine Police Department at 937-535-1166 or your local police agency. ... See MoreSee Less