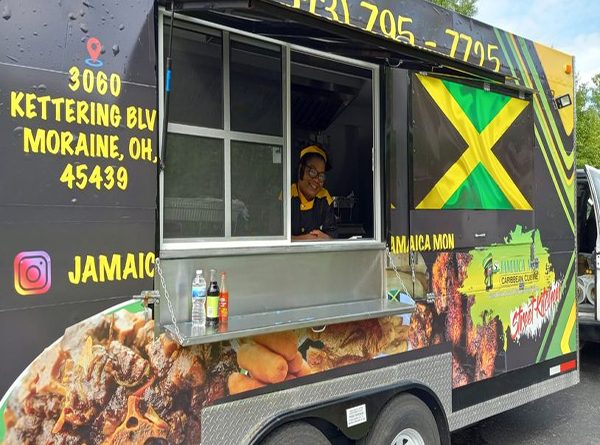 A restaurant specializing in Jamaican and Caribbean cuisines is relocating to Moraine after closing its doors in Fairfield in February.

Jamaica Mon Caribbean Cuisine is expected to open toward the end of summer at 3060 Kettering Blvd., where Taco Bell was previously located, following renovations.

Owner Zackina Powell told Dayton.com she decided to relocate to Moraine after five years of leasing a building because she wanted to own a space that she could make her own.

“I’m looking forward to seeing the building and the atmosphere,” Powell said. “I want my vision to come alive.”

Powell’s love for cooking started at 8 years old when she watched her mother cook in Jamaica.

“Growing up in Jamaica as a young girl, it’s very important you learn how to cook,” Powell said. “My mom is a very good cook.”

Powell came to America at 19 years old and went to school to become a nurse. She said when she started working at a nursing home in Cincinnati her lunch brought a lot of attention from her co-workers. She said they always wanted to see what she was eating and give it a try because it smelled so good.

“They encouraged me to do it (cook) as a business, so I said let me give it a try,” Powell said.

Jamaica Mon Caribbean Cuisine offers a variety of made-from-scratch entrees and sides including jerk chicken, oxtail, festivals, rice and peas and steamed cabbage with carrots. Powell said most of the food is either boiled or grilled with natural seasonings and ingredients. The menu will also include mixed tropical drinks.

The new restaurant in Moraine is expected to bring a tropical vibe with a deck, drive-thru and occasionally live entertainment.

“I believe in my dream, so I kept it alive so we can get our new place now,” Powell said. “We worked very hard for this business and try to deliver good customer service and quality food to people. We take pride in that.”

Jamaica Mon also has a food truck called Jamaica Mon Street Kitchen. Powell said she started the food truck about two weeks ago and is looking forward to bringing a taste of her food to the Dayton area before the restaurant opens.